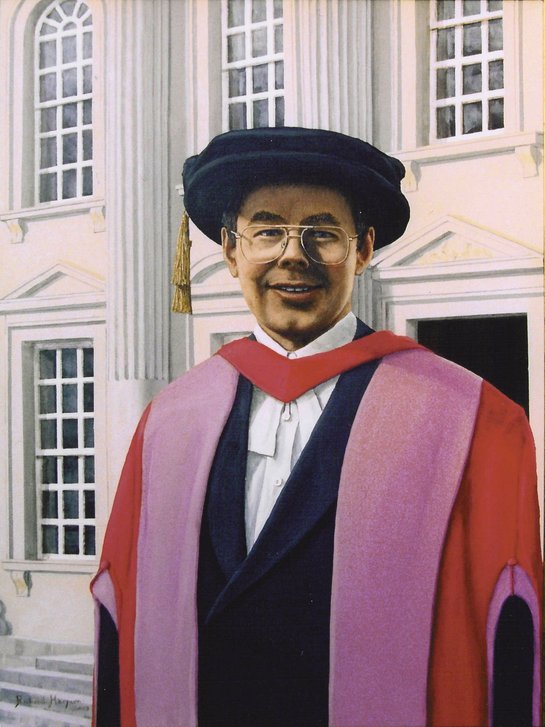 In 2003, my brother, Charles, was awarded a Doctorate of Law (LLD) by Cambridge University.  This is one of the highest degrees awarded by the University.  The whole family attended and we took numerous photographs, several of which were used as references for this large portrait, which now hangs in his home in Cambridge.

Charles is an Emeritus Fellow of Downing College and a Bencher of Lincoln's Inn.  He joined Falcon Chambers in London in 2001, after completing two periods of office as a Law Commissioner and before that having been a member of the law faculty at Cambridge University.