Award-winning artist, Richard Harpum, paints mainly with acrylics on canvas or board but also paints watercolour florals.  He works in a realist style and pays meticulous attention to detail.

Richard's primary areas of focus are landscapes, seascapes and cityscapes but he also paints still lifes, portraits and florals.  The effective use of light is a key ingredient to all of Richard’s works and he spends a great deal of time before starting a painting in selecting a composition that provides both drama and contrast.

Born in Bromley, England, in 1951, Richard has had a passion for drawing and painting from a very young age.  As a youngster, he was always drawing and became a prolific painter after he received an oil painting set for Christmas when he was 12.  He has a Master of Arts degree from Cambridge University.

Richard has won numerous art competitions and awards, including Professional Artist of the Year, 2012 by the Society of All Artists (SAA). His work is widely published, notably in jigsaws, where dozens of his images have been used over the years.

He is a strong advocate for using the golden ratio (Phi - 1:1.618) in his paintings.  You may note that the position of the sun or some other key feature or length often fits this ratio.  In some of his works there are several used.  Richard believes that this gives his paintings a better balance than using the more traditional "rule of thirds".

During his life Richard has lived in many parts of England and currently lives in South Yorkshire .  He has also travelled extensively for both pleasure and business and has lived abroad in Africa, the USA, Australia and Germany for a total of 20 years.  This has given him a very broad perspective of the world, as well as providing him with wonderful sources of inspiration for his paintings.

Please take a look at: 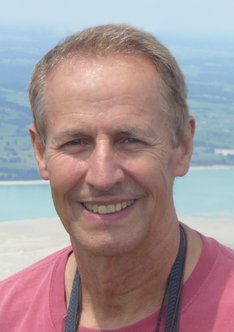