Paintings of the USA 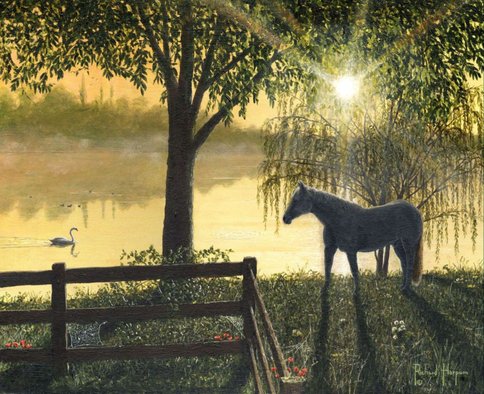 'Hoss' was a large white gelding that belonged to some English friends of mine who live in Villa Rica, near Atlanta, Georgia.  They captured this scene in a photograph and sent it to all their friends.   When I saw it, I knew it could form the basis of an interesting painting, so I asked their permission to commit it to canvas.

This is the result.  I have used a considerable amount of artistic licence, changing the position of the various features, such as the sun, to line up with Golden Ratios (1:1.613).  However, I have not changed the horse’s pose.